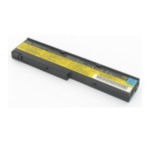 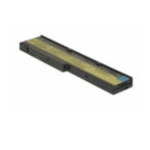 The smallest and lightest ThinkPad X40 Series system battery with up to 3.5 hours battery life. Replace your original 4-cell system battery (select models) or carry an extra to stay unplugged longer. Its compatible design allows it to be in the system when the system is connected to ThinkPad X4 UltraBase Dock. Longer computing is a reality (up to 6.7 hours) on select systems when you combine the ThinkPad X40 Series 4 Cell Li-Ion Battery with the optional ThinkPad Ultrabay Slim Li Polymer Battery in the ThinkPad X4 UltraBase Dock.